Eddy Arriola joined the IAF board in 2012 and currently serves as chair. He is also chairman of the board of Miami-based Apollo Bank and CEO of Apollo Bancshares, the bank-holding company that, under his leadership, acquired and re-launched Union Credit Bank as Apollo Bank in 2010. He was co-founder and managing director of Inktel Direct, a nationwide provider of third-party direct marketing services, which he grew into one of the largest Hispanic-owned companies in the United States. Mr. Arriola earned his Bachelor of Arts and Sciences degree in history from Boston College and received an OPM Program graduate degree from Harvard Business School.

Jack C. Vaughn Jr. is the current secretary and served as the board’s vice chair from 2006 to 2009. He has worked in the petroleum industry for 40 years, most recently as a managing director of Vaughn Petroleum, LLC. He served in President George H.W. Bush’s Department of Energy and in its Office of International Affairs, where he focused on the Middle East. He was president of the Dallas Council on World Affairs, chaired the advisory board of the John G. Tower Center for Political Studies at Southern Methodist University, and serves or served on the boards of the Baylor University Medical Research Foundation, the University of Texas’ Southwestern Medical Foundation and the advisory board of the Children’s Nutrition Program of Haiti. He recently chaired the development committee of Living Water International’s board of directors and helped develop and now advises on the organization’s strategy and program in Haiti. He is a graduate of Culver Military Academy and holds a B.B.A from University of Texas at Austin and an M.B.A. from Southern Methodist University. 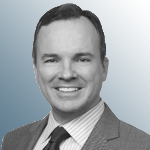 Juan Carlos Iturregui joined the IAF board in 2015 and currently serves as vice chair. He specializes in business, regulatory, and public policy issues affecting the Americas; working very closely with decision makers and sponsors in the United States and various Latin American countries to promote business initiatives, investments, closer hemispheric links and public-private sector partnerships. He is a former Member of the President’s Export Council (PEC), the nation’s top advisory panel on international trade and overseas markets. He also promotes more private sector development and investments in the Caribbean and Latin America, with a focus on renewable energy and infrastructure projects. Juan Carlos is a senior advisor at Dentons, LLP, the world's largest law firm, working with leadership on strategic projects. He also manages his consulting firm, rendering project development and advisory services to a select group of United States based clients. He has served in various national non-profit boards. He is the current vice chair of the American Red Cross, National Capital Region. He is a past fellow of the Congressional Hispanic Caucus Institute. He has 25 years of experience in the nation's capital, having served in the Legislative and Executive branches, as well as in several of the top-rated law firms and public affairs firms. He earned his law degree in 1990 from The Catholic University of America in Washington, D.C., and his B.A. in Political Science from the University of Massachusetts at Amherst.

Kelly Ryan is the coordinator for the Inter-Governmental Consultations on Migration Asylum and Refugees (IGC.) The IGC is an informal, non-decision making forum for information exchange and policy debate on issues of international migratory flows. The IGC brings together 17 Participating States, the United Nations High Commissioner for Refugees, International Organization for Migration and the European Commission. From 2010-2013, Ms. Ryan was acting deputy assistant secretary for Immigration and Border Security at the Department of Homeland Security. Ryan has advised the United Nations High Commissioner for Refugees (UNHCR) as a member of its advisory group of eminent persons. From 2002 to 2009, she was deputy assistant secretary in the Department of State’s Bureau of Population, Refugees and Migration. She was also a lead U.S. negotiator of the UN Convention on The Rights of Persons with Disabilities. Ryan is a graduate of Tulane University and holds a J.D. from Georgetown University and a LL.M. from Cambridge University. 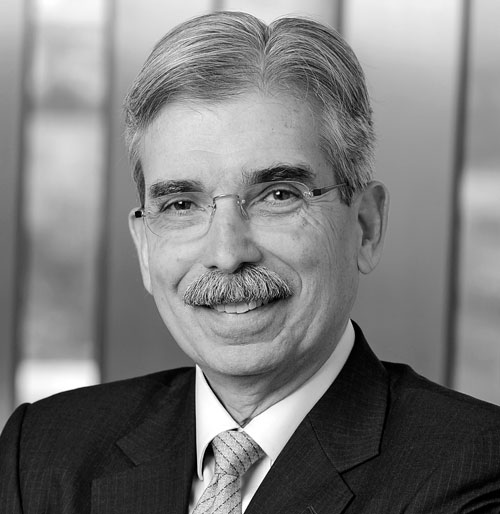 Luis A. Viada is an independent consultant. He has extensive in-country knowledge of emerging markets, having held senior corporate banking positions in Latin America and the Middle East at Citibank, later as Latin American region head for Standard & Poor's and then as head of Global Business Development at McGraw-Hill. Most recently, Mr. Viada was chief operating officer of Manatt-Jones Global Strategies. Prior to that position he was chief operating officer of the U.S.-Mexico Foundation, on whose board he now serves. He has been a member of the board of directors at ProMujer, a microfinance institution serving women in Latin America, the Stoneleigh-Burnham School in Massachusetts and the Turtle Bay Music School in New York City. He has an MSFS degree from the Georgetown School of Foreign Service and a B.A. in political science from Tufts University.